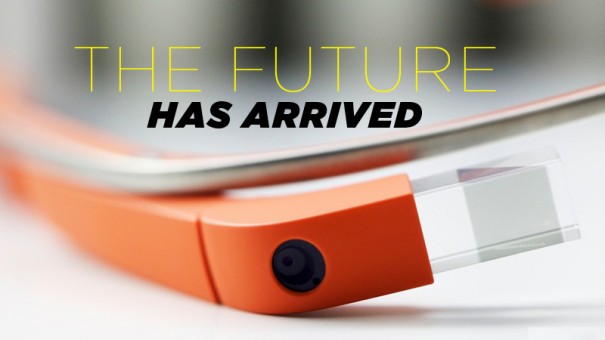 THE FUTURE HAS ARRIVED: GOOGLE GLASS

Google is getting remarkably close to the release of their new wearable computing device, Google Glass.  The computer works via natural language voice commands so that the wearer can interact with technology in a more natural way. The user can capture POV images, video and communicate. It’s the natural evolution of the smart phone.

Tech writer, Joshua Topolsky posted a piece on The Verge today where he got to play Terminator, don a pair of these lenses and put them through their paces. You can read the article here.

It seems Google is much closer to releasing Google Glass than the world expected. Product’s development was based on Google’s idea that the smart phone in our hands adds a significant layer of distraction between us and the world in front of our faces. There are few things worse than missing the real experience because you are busying holding your smart phone to film. The device seeks to remove the distraction created by the device in your hand.