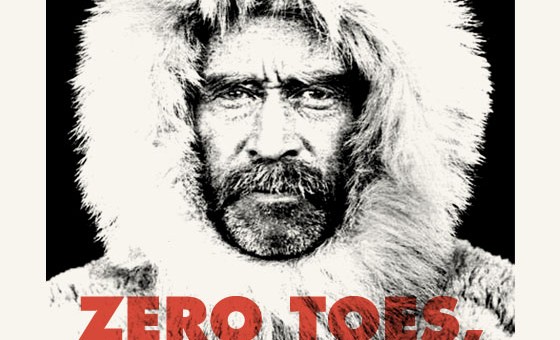 ZERO TOES, TWO BROKEN LEGS AND HE MADE IT

From the day he was born the legendary Arctic Explorer Robert Peary was obsessed with reaching the North Pole. Becoming the first to reach the top of our planet was no easy feat, he was faced with weeks of enduring darkness and subzero temperatures. Even as a child Mr. Peary would take 25-mile hikes in the wilderness to prepare. On his first attempt he lost eight of his toes to frostbite. He later reasoned that it would be easier to walk with no toes than just two, so he hacked off the two remaining digits. On a subsequent expedition both his legs were broken in a ship accident, but still he pushed on.

Robert Peary serves as our inspiration. His pure grit and tenacity to lead the way into new worlds serves as our muse. We are at the summit of a radical shift in the way the media and advertising reach and interact with consumers. Venturing into this new communications landscape is like being an early Arctic Explorer. We want to help guide you in this constantly evolving and ever changing new world. With fresh ideas and out-of-the-box thinking, Automatic will deliver your goals in this new media landscape. Ring us! Let’s chat. Let’s DO THIS!